The easiest way to get a tradie.

Search 'JAK' in the App Store or Google Play. 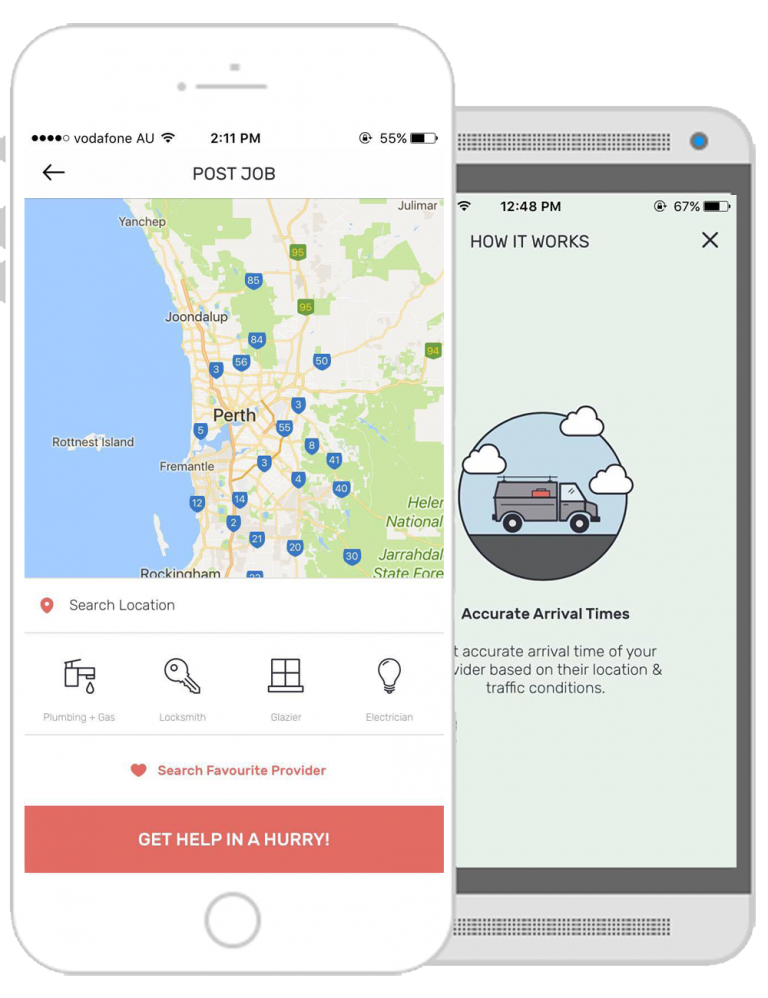 We connect you with local, qualified tradies when you need them.

No more waiting around all day. Track your tradies' arrival time on JAK.

Save multiple locations and post jobs with ease to ensure you get help ASAP.

Send a photo of your job to your tradie so they can come prepared.

All service providers are ABN, licence and insurance checked before being approved on the platform.

Our job guarantee has you covered in the unlikely event where a JAK service provider is unable to complete or correct work undertaken over the platform.

"I used the app for the first time because we had water leaking from our kitchen tap into the cupboards below. A plumber accepted the job within 15 minutes and promised to be at the house to fix the issue three hours later. He arrived on time and completed the job in less than an hour at the advertised rate. It was simple and effective in dealing with an issue in a timely manner."
Craig O'Donoghue
Perth Home Owner